The AGM as described below having taken place, the minutes (provisional until the next AGM) are available here.

Please find below the text of an email sent to Club Secretaries and League officers on Saturday 11 July 2020. The mentioned attachments are linked after the message. Anyone with questions can reach acting Admin Secretary, Steve Lovell via the contact page.

The list of papers below includes notes as to which papers have changed and the extent of those changes.

To Club Secretaries and League Officers (including outgoing officers),

I hope this email finds you well. You may be surprised to be hearing from me about an upcoming AGM. For reasons I’m sure I don’t need to explain, we will be holding the AGM as an online meeting, using Zoom or another similar video conferencing platform to be confirmed. Details about how to join the online meeting will be circulated in due course. The meeting will take place on 26 August 2020 at 7:30pm.

A provisional agenda and the currently available papers are attached to this email. Clubs and league officers may submit additional proposals for the consideration of the AGM. In accordance with rule 1.2, these must arrive with me, the (acting) Administrative Secretary three weeks ahead of the meeting, so by 5 August. Proposed rule changes should specify wording and be accompanied by a rationale for the change where possible. Together with the existing agenda items, I will circulate any such proposals at least a week before the AGM.

Less notice is required for items of an informational nature to be raised under “Any other Business”, but we still need these to be communicated one week in advance, by 19 August.

Vote allocations at the AGM are as per league rule 1.3, and votes cannot be cast by proxy.

Other BACL Matters: Vacancies/Volunteers and Trophies

We are presently trying to ascertain who among the current league officers is willing to continue in post. We’ve already seen a few resignations over the summer. One vacancy is for the Admin Secretary (I’m only the acting secretary to get us through the AGM), but there are others too. In addition to vacant posts, several people occupy multiple roles due to lack of volunteers. If you would be willing to serve the league in any capacity we’d like to hear from you. The full list of roles is on the league website, although the aforementioned resignations aren’t yet reflected there. Of course, even where positions are not vacant we are open to people standing against the existing role holder. Please ensure this call for volunteers is shared with your club members.

We had a few issues last summer in relation to the league trophies, and although we obviously can’t collect the trophies from you via an online meeting, if you have any of the trophies, we’d like to know. It might be useful to have them to hand during the meeting to allow identification via the video call. If you have a trophy and aren’t sure if it belongs to the Bury League, then please have it ready. There are a couple of trophies which might not even obviously be trophies: the trophy for the Roger Goldsmith is an engraved chess board, and that for the Jamboree is a miniature chess board with a small knight atop. 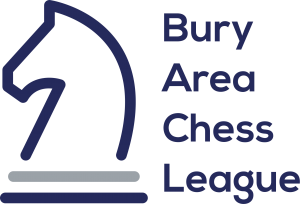